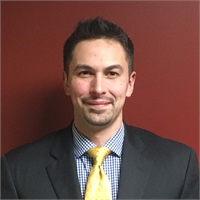 Nick is also licensed in the State of New York as a Life, Accident and Health Insurance Producer.